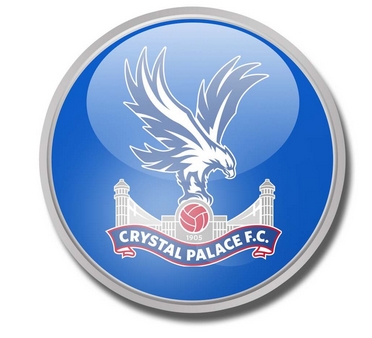 Zaha advanced into the Crystal Palace first team from their academy in 2010. In January 2013, he transferred to Manchester United for an initial fee of £10 million, but remained on loan at Palace until the end of the season, helping them return to the Premier League. After an unsuccessful 2013–14 season with Manchester United (partly spent on loan at Cardiff City), Zaha returned to Palace in August 2014 on a season-long loan, before rejoining the club on a permanent basis in February 2015.

Born in the Ivory Coast, Zaha grew up in England from the age of four. He made his debut for the England national team in 2012. He made two non competitive appearances for England, the last of which coming in 2013, before switching his allegiances to the Ivory Coast ahead of the 2017 Africa Cup of Nations.

Zaha was given his Crystal Palace first-team debut at home to Cardiff City on 27 March 2010 by caretaker manager Paul Hart as a substitute with 10 minutes remaining in the match.He signed a two-year professional contract with Palace during April 2010.

He quickly progressed through the ranks at Palace and became a key member of the first team during the 2010–11 pre-season friendlies. On 7 August 2010, he scored his first senior goal in a 3–2 win over Leicester City. Speaking after this match, Palace defender Paddy McCarthy praised Zaha and compared him to Victor Moses. Zaha assisted Kieron Cadogan in the home game against Queens Park Rangers and James Vaughan in the away game at Watford. On 12 April 2011, he was sent off in the 95th minute against Leicester City for an alleged stamp on Patrick van Aanholt but it was later rescinded. Zaha ended the season playing a total of 44 games, while scoring 1 goal and having 2 assists in all competitions.

Zaha started the 2011–12 season by scoring two goals in a League Cup game on 23 August 2011 at home to Crawley Town.On 30 November, Zaha impressed in Crystal Palace's 2–1 shock win over Manchester United in the League Cup, constantly sneaking through the United defence and in January, attracting interest from Liverpool and Manchester United. In March 2012, Zaha was voted The Football League's Young Player of the Year.

In the latter part of the season, manager Dougie Freedman opted to play Zaha as a striker and on 21 April he scored in a 2–2 draw with Reading, in a game that saw Reading secure the Championship title. At the end of the 2011–12 season, Zaha was voted Crystal Palace Young Player of the Year for a second time in a row. During this season, he played a total of 48 games while scoring 9 goals and having 5 assists.

Zaha started the 2012–13 season brightly, getting an assist in the League Cup against Exeter City and winning a penalty in the first league game against Watford.Zaha scored his first two goals of the season against Wolverhampton Wanderers on 2 October 2012.He then scored two goals in a game again, four days later, in a 4–3 win over Burnley.By November, Palace were top of the Championship after a 2–1 win against Leicester, a 2–0 win against Blackburn and a 5–0 win against Ipswich Town.

On 5 March 2013, Zaha scored his first goal for Crystal Palace since being loaned back from Manchester United, in a 4–2 victory against promotion rivals Hull City. On 13 May 2013, in the second leg of the play off semi-final against Brighton, Zaha scored two goals in the second half to put Crystal Palace into the play-off final at Wembley Stadium. In the play-off final on 27 May 2013, Zaha won a penalty that was converted to secure Crystal Palace a Premier League spot for 2013–14.

On 28 August 2014, Zaha agreed to a season-long loan deal with Crystal Palace.Two days later, in the first match of his loan, he scored a stoppage-time equaliser in a 3–3 draw at Newcastle United.On 2 February 2015, the final day of the winter transfer window, Zaha's move to Palace was made permanent with the signing of a five-and-a-half-year contract for an undisclosed fee. It also included a buy back clause, believed to be in the region of £3 million, rising to £6 million with add-ons; Manchester United will also receive a percentage of the fee if Palace sell Zaha in the future. Zaha played regularly for Crystal Palace throughout the season, finishing the season with 4 goals and 2 assists as Crystal Palace finished the league in 10th place.

Again, Zaha was a regular for Crystal Palace in this season, playing 34 games and getting 2 goals and 1 assist, while Crystal Palace finished in 15th place. He helped Crystal Palace reach the 2016 FA Cup final, by playing in every game since the third round entry and scoring 2 goals along the way. Zaha played the whole 120 minutes in the final, but could not help Palace to a victory, as Manchester United won 2–1.Zaha won the Crystal Palace player of the season for the first time.

On December 26, 2016 Zaha was declined a penalty in the closing minutes against Watford FC. Some speculated that Zaha had overplayed the foul or taken a dive. After the match Watford's mascot attempted to rile Zaha up by mimicking a dive in front of him. Zaha offered little of a reaction, although the incident was played up by some.

Zaha was eligible to represent both the Ivory Coast and England, the former because it was where he was born and the latter because it is where he grew up.England (2011—2013) His success over the course of his first full season resulted in a call-up to the England under-19 side for their game against Germany in February 2011. He was called up to the under-21 team on 23 February 2012. He made his debut in a 4–0 win against Belgium on 29 February, assisting Henri Lansbury for the third goal. On 11 November 2012, Zaha was called up to the senior team by manager Roy Hodgson for a friendly match against Sweden on 14 November. He came on as a substitute for fellow debutant Raheem Sterling in the 83rd minute.of Croydon, at the age of four. He was educated at Whitehorse Manor Junior School, Thornton Heath and Selsdon High School, Selsdon. He played football at school, and joined the Crystal Palace academy aged 12.

Zaha was eligible to represent both the Ivory Coast and England, the former because it was where he was born and the latter because it is where he grew up.

His success over the course of his first full season resulted in a call-up to the England under-19 side for their game against Germany in February 2011. He was called up to the under-21 team on 23 February 2012. He made his debut in a 4–0 win against Belgium on 29 February, assisting Henri Lansbury for the third goal.On 11 November 2012, Zaha was called up to the senior team by manager Roy Hodgson for a friendly match against Sweden on 14 November. He came on as a substitute for fellow debutant Raheem Sterling in the 83rd minute.

On 27 November 2016, the Ivorian Football Federation confirmed that Zaha had sent correspondence to FIFA to switch his international football allegiance from England to the Ivory Coast.In response to this development, Gareth Southgate indicated he would try to dissuade Zaha from changing allegiance due to his consistent club form.He was named in the Ivory Coast squad for the 2017 Africa Cup of Nations.He made his debut against Sweden in a friendly, being subbed on at half time, assisting Giovanni Sio's goal in a 2-1 win.

Wilfried Zaha’s competitive debut for the Ivory Coast ended in disappointment as the holders were held to a 0-0 draw by Togo in their first game of the Africa Cup of Nations.The Crystal Palace winger declared his availability late last year and having made his first appearance for the Ivory Coast outside a friendly game will no longer be available to England, for whom he had two caps in friendlies and had been offered a last-minute chance to return to the fold by Gareth Southgate.

Ivory Coast manager Henri Dussuyer deployed Zaha on the right of a three-man attack that included Jonathan Kodjia and Solomon Kalou, with Chelsea target Franck Kessie in the Ivorian midfield.In a game of few chances Zaha went closest for the Elephants, who ranked among the pre-tournament favourites, driving at the defence in the 68th minute before seeing by a defender. He was withdrawn soon after, Stoke striker Wilfried Bony taking his place.

Wilfried Zaha is getting a raw deal from Premier League referees, Crystal Palace manager Sam Allardyce has claimed. Zaha was booked for simulation during his side's 1-1 draw with Watford on Boxing Day and was mocked by club 'Harry the Hornet' who dived across the Palace winger after the final whistle.

Allardyce also felt referee Andre Marriner overlooked several legitimate fouls on Zaha during Palace's 2-0 defeat by Arsenal at the Emirates on Sunday. Maybe the referees all come together; they get monitored on every game,' said Allardyce. He (Zaha) certainly didn't get the decisions (against Arsenal) and against Watford that he could have got. The coaches will have to sort that out with the referees and put it right if that's the case.

Palace, who are hovering precariously over the relegation zone in 17th place, welcome Premier League basement dwellers Swansea to Selhurst Park for a crunch clash on Tuesday night. Swansea is a massive game for the nerves of our players. They have to control their nerves on that day because everybody expects us to win on the basis that Swansea are struggling, added the Eagles boss. We're struggling, but they're struggling really badly. With the goals they've let in, when they've let in goals, they've conceded three or four. People are expecting us to go out and thrash Swansea which won't be the case. We'd like to beat them by more than one or two goals but we really have to hold our nerve and produce our best performance.

Crystal Palace winger Wilfried Zaha has revealed his Premier League idol is Chelsea legend Didier Drogba.Drogba, who now plays for Montreal Impact, cemented his place in Chelsea's history after helping the club win a fourth top-flight title in 2015 after returning on a one-year deal.In total, the striker scored 164 goals for the Blues and won 12 major trophies including the Champions League in 2012 while he netted 63 goals in 104 appearances for his nation Ivory Coast before retiring from international football two years ago.

Zaha was himself today named in Ivory Coast's provisional squad for the African Cup of Nations after switching international allegiences from England, the country he grew up in, to the nation of his birth.And the winger, who has scored three Premier League goals for Palace this season, has opened up about why Chelsea's fourth all-time top scorer Drogba is his idol saying the striker's ability to score superb goals is why he was "different class".Speaking to the Premier League, Zaha said of the 38-year-old: "He was literally a beast."Defenders couldn't handle him.He'd hold someone off and, at the same time, turn and swerve and volley it in somehow. "He was different class."